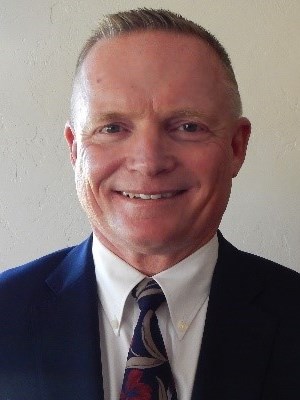 Mr. Padgett was born in Fresno, California and raised in nearby Madera where he attended local schools and graduated from Madera High School.

He obtained an Associate of Science Degree in Police Science from Fresno City College, then attended and graduated from California State University, Fresno with a Bachelor of Science Degree in Criminology.  He was hired as a Police Reserve Officer for Madera Police Department while attending college and after completing the required 832PC Course.

Mr. Padgett attended the Police Academy at Fresno City College and tested for police and sheriff’s departments all over California, landing on hiring lists for 32 departments.  He was hired by his hometown Madera Police Department where he worked all three shifts, served as a walking beat officer and left for career opportunities with the Clovis Police Department after 2 ½ years.

Mr. Padgett served with the Clovis Police Department for 25 ½ years, assigned to all patrol shifts and selected as an officer on the federally funded DUI team tasked with reducing traffic fatalities and hit and run collisions by highly intensified Driving Under the Influence enforcement. He and his partner were asked to teach DUI Enforcement at the Fresno Police Academy. He then served 2 ½ years as a traffic officer followed by a promotion to Corporal and serving 5 years as a Detective.  Returning to the patrol division, Mr. Padgett served as a Field Training Officer while continuing to teach part time as an Adjunct Instructor at the Police Academy. Mr. Padgett returned to California State University, Fresno and obtained a Master’s Degree in Criminology.

Upon his promotion to Sergeant, Mr. Padgett was selected to serve as a sniper and sniper supervisor for the newly formed SWAT Team.  As a member of the SWAT Team he participated in the serving of numerous high risk search warrants, calls of barricaded suspects, Personal Security Details for visiting VIP’s and area searches for multiple homicide suspects at large. As an original member of the Clovis Police Honor Guard, Mr. Padgett served for 15 years representing the agency at Law Enforcement Funerals, Memorials and community events ending his career as the Sergeant of the Honor Guard.

Mr. Padgett retired after 28 years of sworn law enforcement experience and moved to Utah where he and his wife cleared 2 ½ acres of land and built a house and shop. After 3 ½ years and losing 30 pounds of “Donut Weight”, Mr. Padgett re-entered the workforce and served for 13 months in Afghanistan with the 101st Airborne Division as a private contractor and Law Enforcement Professional (LEP) at Forward Operations Base (FOB) Gardez in Paktia Province.  He then served parts of three years as a law enforcement trainer for the US Department of Justice, training Pakistani Law Enforcement Officers in Islamabad, Chakri, Lahore and Shiekupura Pakistan.

In 2013, Mr. Padgett returned to Afghanistan with the US Army’s 10th Mountain Division, serving as a law enforcement advisor to law enforcement leaders in Asadabad, Kunar Province, Afghanistan. Upon returning to the US, Mr. Padgett was asked to serve as a US DOJ Law Enforcement Trainer to police officers in Daar es Salaam, Tanzania, Africa and completed two months of training of officers there. He attended a Federal Law Enforcement Academy and served as a Seasonal Law Enforcement Ranger for the Bryce Canyon National Park prior to being appointed as Department Chair for the Administration of Justice Department of Victor Valley College.

Mr. Padgett at the VVCCD Regional Public Safety Center with his Administration of Justice Students. 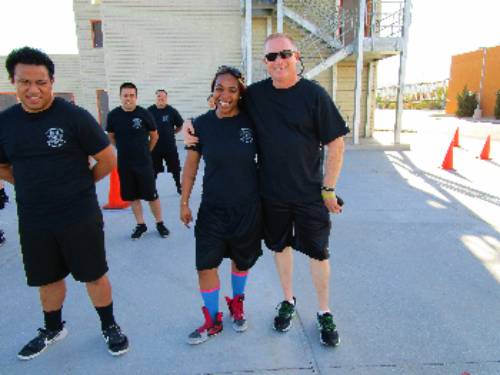 Course documents can be obtained directly from Mr. Padgett.